RAD 140, also known as Testolone, is a novel new compound that’s been recently developed for medicinal use. It’s very similar in its function to testosterone and – you guessed it – a lot of bodybuilders and athletes have recognized that it can have some pretty impressive effects if you’re looking to boost your performance and your strength.

Today, we’re going to let you know about this compound so you can decide whether or not you want to include it in your workout supplement routine. There are a lot of positives to Rad 140, but there are also some drawbacks that are important to understand.

Before we start talking about RAD140, I need to provide a medical disclaimer. The content in this article is not intended to be a substitute for a professional medical advice or treatment.

Nootropic Underground does not provide medical advice. We just enjoy trying and reviewing new supplements. If you’re experiencing some unforeseen side effects with RAD140, our advice is to consult a healthcare professional.

INCREASE MUSCLE MASS AND LOSE FAT WITH RAD140
We have tested several providers of RAD140 for their balance of quality, price and reliability.
Our top choice is: RAD140 by Proven Peptides

RAD 140 is technically known as a SARM, or a selective androgen receptor modulator. These are compounds that affect the androgen receptors, which are what testosterone activates in the body.Therefore, SARMs are able to change the way that the body responds to its own natural hormones. This is different than steroids, which actually mimic the hormones themselves and can lead to very serious imbalances and problems with a person’s hormonal system.

RAD140 was developed for fairly serious medical complications. It is being investigated for use as a serious medicine for helping people who suffer from muscle degeneration or breast cancer. Just because it has powerful medical uses doesn’t mean it can’t be useful for everyday bodybuilders, but what’s important is making sure that you use it with caution and respect.

RAD140 has become popular among bodybuilders because of its effects. The way that it activates certain receptors causes it to increase the availability of muscle and bone to the body, leading to an acceleration in the speed at which one can stack on muscle and a better rate of them gaining bone density.

It can be considered an anabolic compound but it’s not necessarily an anabolic steroid. Steroids are hormones that either are produced by the body, like testosterone, or are external compounds that mimic the body’s hormones. RAD 140 helps the body make better use of this protein and help to build more protein molecules.

RAD 140 can be taken by mouth which makes it ideal for people who don’t like to use needles or have some other aversion to taking steroids by injection. However, it’s important to note that RAD 140 isn’t actually approved for use in humans, otherwise or not. That doesn’t mean it’s hard to find though. Lots of online retailers market the stuff. Since it’s not approved, it can be hard to find verified research about this compound. Be careful and make sure you are very diligent if you choose to use it.

HOW DOES IT WORK?

As a SARM, RAD 140 works by activating the androgen receptors in the body. It selectively targets the receptors in the bones and muscles more so than those in the genitals or other regions, which is one of the reasons that SARMs are known for causing less unpleasant side effects than steroids. They only target the parts of the body that athletes want to improve.

Different cells and different types of proteins will react differently depending on where RAD 140 binds. The proteins will either initiate (activate) or inhibit (deactivate or prevent) the effects from occurring. Since RAD 140 and other SARMs are selective, they each target different groups of receptors. This also explains why some of them have different effects than others, and why some are more desirable to different people.

RAD 140 and other SARMs are interesting because they don’t actually attempt to recreate the effects of testosterone, like other steroids. This means that RAD140 won’t be converted into other hormones and you won’t have to worry about your hormonal system being thrown out of balance.

While RAD 140 fairly exclusively targets bones and muscles for stimulation, it also causes some inhibition that may be more or less undesirable. It inhibits the prostate and the part of the male genitals that are involved in sperm production, which can lead to some sexual side effects that can be desired or undesired depending on a person’s lifestyle.

RAD140 doesn’t increase any of the liver’s enzymes either which means that it won’t cause any of the liver toxicity that many other steroids are known for. Furthermore, RAD140 can activate certain receptors in parts of the brain that have been injured. These can cause a reaction that ends up in an increased speed of healing of the damaged areas and strengthened cellular walls.

Now that you understand how this compound works, you can probably see some of the potential therapeutic uses for it. These are some of the most popular uses of RAD140. Keep in mind that there has not been a lot of clinical research on this compound and it’s not safe to say whether or not long-term use is safe yet.

One of the most obvious uses of this compound is for increasing muscle mass. However, this isn’t just something that bodybuilders should be interested in, and in fact, this compound wasn’t even developed for athletes.It was developed because of people suffering from chronic diseases who develop cachexia.

This is a problem that emerges in patients suffering from AIDS or cancer, in which a person begins losing excess of muscle tissue. As they lose muscle and fat, their strength is depleted rapidly and they often become lethargic and unable to work towards their recovery.

RAD140 targets the necessary receptors to help increase muscle gain, prevent muscle loss, and improve bone density. It can do this without causing too many side effects and can help people develop muscle when they are in need of it.

For bodybuilders, RAD140 can help imitate testosterone without causing as many side effects as steroids or other anabolic compounds. The benefits haven’t been scientifically proven, but many anecdotal reports have suggested that it’s quite useful for helping people improve the speed at which they gain muscle.RAD140 also helps bodybuilders who are looking to tone their body more than they want to gain strength because it speeds up the process by which a person can burn fat. This is in addition to the extra calories that will be burned as muscle mass increases: the more muscle fibers a person has, the more muscle they will burn even at rest.

This makes RAD140 ideal for people who will be competing or for people who simply like to look toned. They will lose fat, have a harder time storing fat, and will burn more calories as they continue to build muscles thanks to the RAD140.

Another exciting thing that RAD140 might be able to help with is treating breast cancer. In patients with a particular type of breast cancer known as AR/ER+ breast cancer, there is a positive correlation between the testosterone and estrogen receptors. People who were treated with this compound showed that the cancer cells decreased in size and weren’t able to grow as quickly because they were not able to act with the body’s estrogen. The protein related to estrogen, known as ESR1, is inhibited by RAD140. This prevents the body from producing the necessary compounds that would feed cancer.

RAD140 has been studied in rats. In the studies done on rats, it was shown that RAD140 can actually help to prevent cognitive decline, especially for conditions like Alzheimer’s.There is a certain type of protein that can build up in the brain until it forms a plaque. These proteins are known as amyloid beta proteins, and when they build up in the brain, they can offset the brain’s ability to communicate, leading to complications with memory and confusion.

Androgens are known to help prevent these proteins from building up, as well as increasing neuroplasticity and nerve growth factor. This means that not only does it prevent the brain from collecting plaques, but it helps the brain build new brain cells and improves the existing connections. All of this leads to an improvement in cognitive function as well as a decrease in the speed of mental degeneration – all things which steroids are not generally known for.Part of this is because of the way that androgens, like testosterone, are converted into estrogen. However, since RAD140 doesn’t actually convert into estrogen, it may not exhibit the same strength of effects as testosterone.

People who are hoping to gain weight and muscle with RAD140 will be in luck, but this compound can interestingly also be used to help someone lose weight. This hasn’t been proved yet in studies, but it’s widely accepted among people who have used the compound that they have noticed a decrease in fat as they continue to use it.

RAD140 works indirectly on fat tissue, which makes it ideal for people who want to lose weight simply from superfluous fat without risking a loss of muscle tissue. It does this by helping fat molecules like LDL cholesterol circulate the body slower. They have a harder time sticking to the body and causing buildups when they aren’t able to circulate as quickly.Furthermore, the increase in muscle mass helps to contribute to a person’s metabolism. With a higher metabolism, you will be able to burn more calories and shed extra pounds much quicker than you would otherwise.

Since RAD140 hasn’t been studied extensively yet, there’s no set dosage range for the compound. This can be dangerous because we aren’t sure how much of it is safe.However, we are fairly certain how much is effective. Some people require different dosages – mostly larger people will require heftier doses than smaller people – but it’s generally believed that a person shouldn’t need more than 20-30 mg a day.

It’s also important that you don’t’ use this compound all the time, every day. If you have used another bodybuilding supplement then you probably already understand the importance of cycling to ensure that your body doesn’t develop a complete dependence on the substance.

For RAD140, people generally use it for around 8 weeks and for no longer than 12 weeks. This prevents your body from becoming reliant on the substance and minimizes any nasty effect that might emerge from a dependency. After the cycle, the body will have to adjust for a while so it can begin producing hormones on its own again.This is called post cycle therapy or, in layman’s terms, withdrawal.

Chuck Stowers / About Author
Chuck Stowers is a long-time biohacker and creator of Nootropic Underground. He is committed to finding the highest quality supplements that ensure quality, price and reliability. Chuck's mission is to help people unlock their true potential with the help of smart drugs. He is a resident of LA, a licensed personal trainer, and a motorcycle enthusiast.
More posts by Chuck Stowers

We recommend 1-ANDRO by Steel Supplements

We recommend Cardarine by Proven Peptides

We Recommend Epi-Andro by Steel Supplements

We recommend MK677 by Proven Peptides

We recommend LGD 4033 by ProvenPeptides

We recommend YK-11 by Proven Peptides

We recommend Ostarine by Proven Peptides

We recommend RAD140 by Proven Peptides

We recommend SR9009 by ProvenPeptides 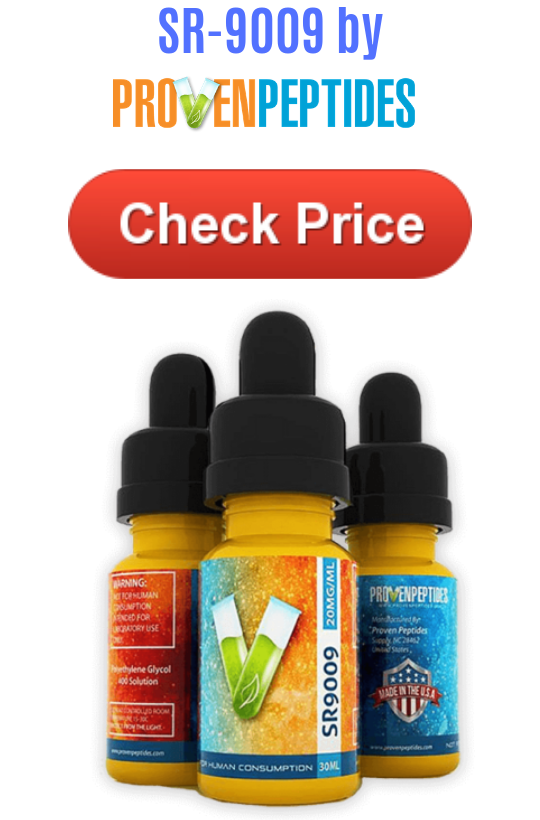